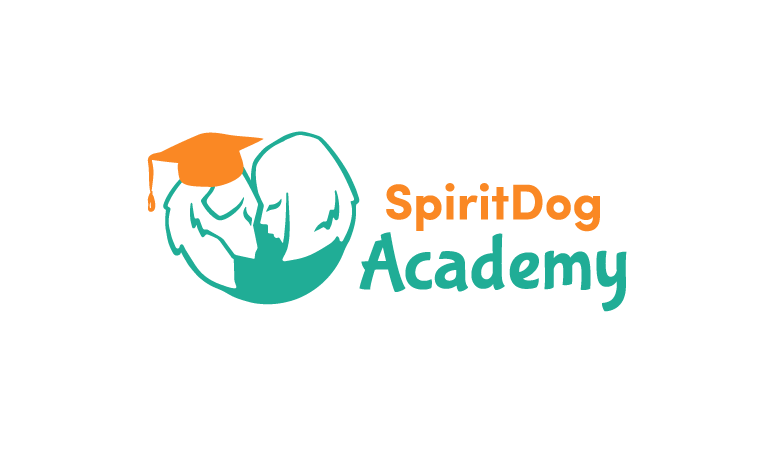 Focus in Public 2.0 The “Second Choice”

When addressing prey drive, we will work with the concept of the “second best” choice.

It is actually very, very hard to get a dog who is in a high state of (prey) drive to completely calm down: 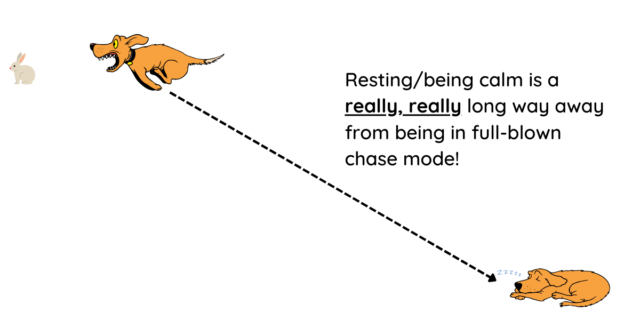 However, chasing something else (like a tug/ball/piece of food we offer) is much closer: 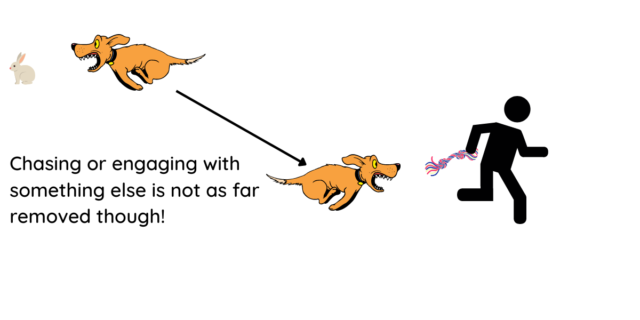 So if you are trying to ask your crazed up dog who really wants to chase that squirrel to sit-stay, you are asking for a behavior that is much harder for them than if you can offer some kind of “alternative chasing fun”.

Bummer!
You really don’t want to go home without satisfying the sweet tooth.
You were so looking forward to having ice cream, and now … you can’t.
🙁
But then you turn around and see that on the other side of the road, there is a frozen yoghurt shop:

Do you know what happened here?

You could not have exactly what you wanted.

Not having anything at all felt really bad.

But having an alternative to your initial wish (though it’s not perfect) was good enough and you went with it and likely were happy.

Even if you’re lactose-intolerant or don’t like ice cream, you can probably think of similar situations in your day-to-day life.

You had a vision – the vision didn’t come true – but you could find an alternative that was close enough. The “second best choice”

This is exactly the approach we will choose when working with prey drive.
We will not let the dog chase the prey (of course), but offer an alternative, very engaging behavior instead at an appropriate distance.

It’s not going to be exactly the fun you dog had in mind originally. But it’s definitely better than nothing!

Just like frozen yoghurt was not ice cream … but is still better than no sweet treat at all.

Previous Lesson
Back to Course
Next Lesson
You are almost there! To get your certificate, take the quiz below!